The International Olympic Committee (IOC) has narrowed down on Australian city Brisbane as its preferred candidate to host the 2032 Olympic Games.

India was among the many countries that expressed interest in hosting the Olympics with Sports Minister Kiren Rijiju saying earlier this week that a green signal from the Centre is yet to be given on the matter.

IOC president Thomas Bach clarified that no final decision on the host city had been made, but that “more detailed discussions” with Brisbane would start, although he gave no timetable.

“The IOC Future Host Commission recommended that executive committee initiate a targeted dialogue with Brisbane and the Australian Olympic Committee for the organization of the 2032 Olympic Games,” said Bach after the IOC Executive Board (EB) meeting on Wednesday, Xinhua news reports.

“It is not a decision against the other candidates, it is a decision in favour of a candidacy,” Bach added.

Australia last hosted the Olympic Games in Sydney in 2000.

Related Tags:International Olympic Committee
Up Next 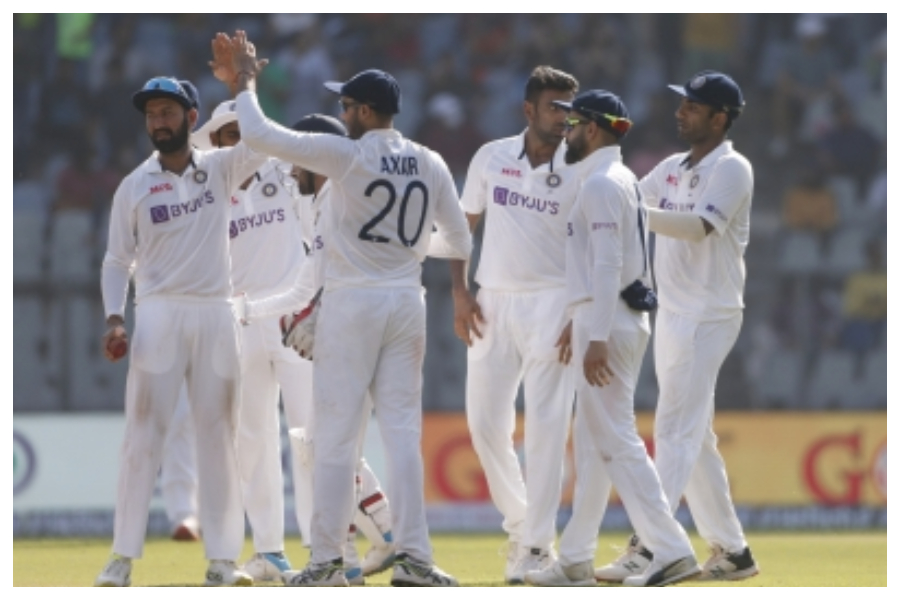 Despite New Zealand left-arm spinner Ajaz Patel’s historic 10-wicket haul, Team India bounced back in style to take a stranglehold on the second and final Test here at the Wankhede stadium, gaining a mammoth 332-run lead with no loss, on Saturday.

The Virat Kohli-led side wrested the initiative by bundling New Zealand for 62 in 28.1 overs in their first innings with off-spinner Ravichandran Ashwin claiming 4-8 and Mohammed Siraj 3-19.

At the end of Day 2, the hosts were 69 for no loss in their second innings. Mayank Agarwal was batting on 38 with Cheteshwar Pujara, who opened the innings as Shubman Gill had suffered a blow to his right elbow while fielding, was batting on 29.

India may have tightened the noose around the Black Caps but the talk of the town was Ajaz Patel. The New Zealand spinner scripted history by scalping all ten wickets in an innings. He bowled beautifully by giving the ball a lot of revs, giving it enough air and getting a nice loop going.

With his figures of 10-119, Ajaz joined the likes of legends Jim Laker of England (1956) and India’s Anil Kumble (1999) to dismiss the entire opposing team single-handedly.

Laker claimed 10-53 against Australia at Old Trafford, while Kumble bagged 10-74 against Pakistan at the Feroze Shah Kotla ground in New Delhi. Incidentally, Ajaz plays for Yorkshire just like Laker, the first man to claim all-10 in an innings.

The Kiwis spinner, who had taken only 29 wickets in his previous 10 Tests, claimed four wickets on Friday, added two more to his tally in the morning session on the second day and then claimed four more wickets in the post-lunch session.

The 30-year-old Ajaz, who migrated from Mumbai to New Zealand when he was eight and made his Test debut against Pakistan in Abu Dhabi in 2018, claimed his first four wickets for 73 runs and the next six for just 46 runs. He was on a hat-trick in his first over of the second day when he claimed Wriddhiman Saha and Ashwin off successive balls.

Ajaz’s brilliant effort overshadowed the fantastic 150-run knock by Indian opener Mayank Agarwal. In a 311-ball inning, he smashed 17 fours and four sixes. Agarwal, who was 120 overnight, added 30 runs to his total on Saturday but more importantly raised 67 runs for the seventh wicket with Axar Patel (52).

Chasing the total, the Kiwis’ meek surrender raised several eyebrows. The entire team got out for just 62 runs. This is the lowest-ever total by any team against India, the previous lowest being 79 by South Africa at Nagpur in 2015.

Siraj started the carnage for India as he claimed the first three wickets, the only pacer in this Test to get wickets. He bowled a beautiful line, kept the ball in the channel and disguised a straight one quite brilliantly to castle a batsman of the caliber of Ross Taylor.

Ashwin then took over as he bagged four wickets for eight runs. The entire New Zealand innings lasted just 128 minutes as only two batters — stand-in skipper Tom Latham (10) and bowler Kyle Jamieson (17) — could reach double figures. Three batsmen got out for zero.

India did not enforce the follow-on and scored 69 for no loss in their second innings with Mayank Agarwal batting on 38 and Cheteshwar Pujara on 29 at stumps. 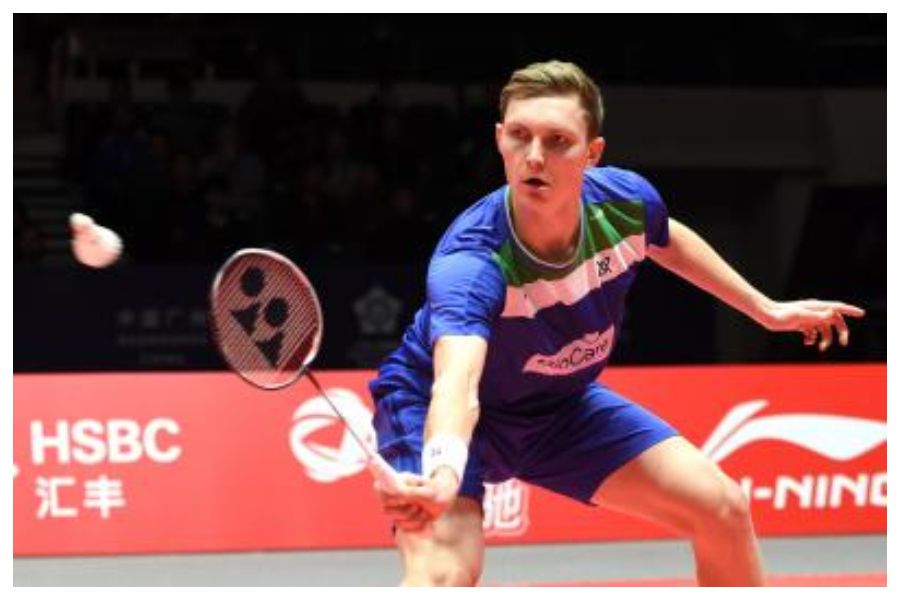 Denmark’s Axelson was rewarded for his extraordinary run starting from the Barcelona Spain Masters in Feburary 2020, and made 10 finals in 11 individual tournaments, winning seven of those, including gold at the Tokyo 2020 Olympic Games, the world governing body of badminton announced during its awards ceremony on Friday.

Tai won the All England 2020 and then struck a rich vein of form at the three-tournament Asian Leg in January 2021, making all three finals, and clinching the BWF World Tour Finals 2020, Xinhua reports. The Chinese Taipei player then made the final of the Tokyo 2020 Olympics, being defeated in a thrilling match by Chinese shuttler Chen Yufei.

Due to the disruptions caused to the sport’s tournaments by COVID-19 over the last two years, the period of consideration for the BWF Player of the Year awards was from November 2019 until 31 October 2021. 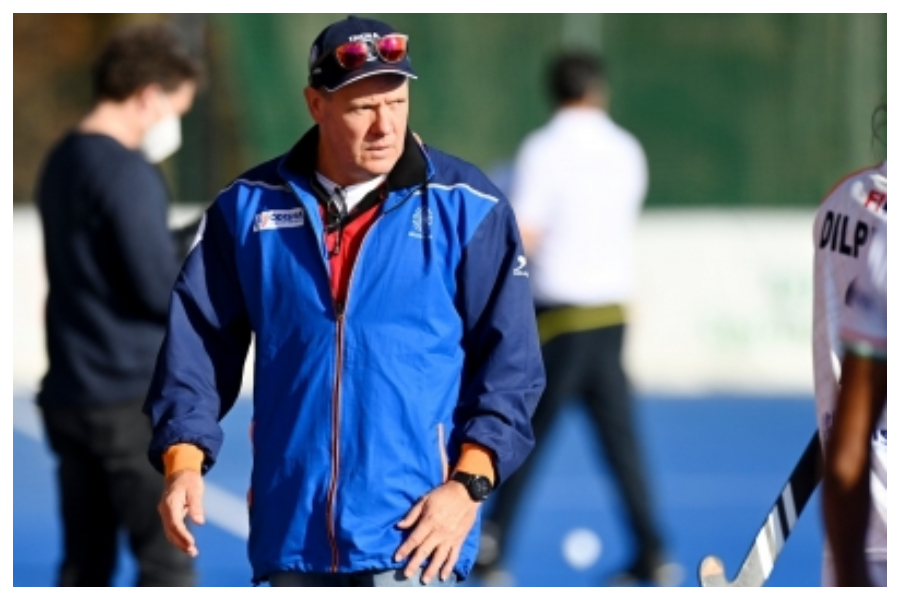 India will go head-to-head against France once again at the FIH Men’s Junior World Cup 2021 on Sunday as both teams battle it out for a third-place finish. The two teams had opened their campaign against each other in the tournament on November 24 in a hard-fought match that France won 5-4.

India chief coach Graham Reid expressed confidence on Saturday that the team will overturn the result and clinch bronze.

“We will be taking as many positives as we can from our performances in the tournament so far, and we will be ready for Sunday. I am very confident the team will be back to the level we need to be up against France,” said Reid.

After the loss against France, India went on to pick up three straight wins, defeating Canada 13-1, Poland 8-2, and Belgium 1-0, but lost in the semifinal to Germany 2-4, missing out on the chance to play Argentina in the final.

Speaking on the defeat, Reid said, “I am disappointed that we did not put our best foot forward in the first and second quarter. The basics let us down a bit. Germany attacked well, defended well, and had intensity about them. They did what we were trying to do.”

Reid elaborated, “But we hope to learn from this experience about what we should be doing at this level if we want to win. One of the great things to come out of the game was that none of the players gave up the fight, and we played better in the second half. As a coach, you have to admire that.”

France also had a tremendous tournament, as they won all their Group B games, defeating India 5-4, Poland 7-1 and Canada 11-1. In the quarterfinal, the Frenchmen beat a defensively strong Malaysia 4-0. But their hopes to win the trophy ended after they lost in the semifinal to Argentina 1-3 (0-0) via shoot-outs.