The Covid pandemic-induced lockdown and consequent slump in economic activity will hit tax collections of states and result in a near four-fold expansion in their revenue deficits this fiscal, year-on-year, ratings agency Crisil said in a report.

With this, the states’ aggregate gross fiscal deficit (GFD) will not only get expanded to an all-time high of Rs 8.7 lakh crore, or 4.7 per cent of GSDP, but also skew its composition towards revenue deficit which is relatively less value-accretive towards future tax potential, the report said.

Though tax collections are expected to improve slowly with improving economic outlook, higher interest burden because of high debt funding of this year’s GFD, coupled with sticky revenue expenditures, may keep revenue deficits high for states and GFD composition skewed over the next 2-3 years. This will, in turn, increase the credit risk for states.

It may be noted that the Centre had already given extra leeway to states this year to borrow to meet all expenditure requirements. An additional borrowing limit of 2 per cent over and above 3 per cent of gross state domestic product (GSDP) already allowed had been provided to states. This has already pushed up debt burden on states.

A CRISIL Ratings study of 18 states, which account for 90 per cent of aggregate gross state domestic product (GSDP), indicates as much.

Says Manish Gupta, Senior Director, CRISIL Ratings Ltd, “Composition of GFD, apart from its level, is one of the critical indicators of credit quality of states. Higher contribution of capital expenditure (capex) in a state’s GFD composition is viewed positively as it supports capital formation, which improves the state’s tax potential. In this fiscal, revenue deficit of states would contribute 70 per cent of GFD, sharply higher than the average 15 per cent seen over the past five fiscals.”

That is because of 15 per cent year-on-year decline in revenue this fiscal. Revenue expenditures may also remain sticky as these are either committed (related to salaries, pension and interest costs), making it difficult to cut, or have been necessitated by the pandemic (such as grants-in-aid, medical and labour welfare related expenses). High revenue deficit will also compel states to moderate their capex to remain within fiscal borrowing limits, thereby aggravating the GFD skew.

To fund this expanded and skewed GFD, states are likely to borrow more this year. This will increase their indebtedness, but not contribute much towards future tax potential. We expect revenue collections to – at best – reach close to pre-pandemic levels next fiscal, factoring in unlocking that began in July 2020 and our forecast of real GDP growth of 10 per cent for India next fiscal, the report said.

Ankit Hakhu, Director, CRISIL Ratings Ltd, said “The rising interest obligations due to higher indebtedness coupled with modest revenue collections will weaken interest cover of the states to 5-6 times over the medium term from 7.7 times in fiscal 2020. Further, while states’ capex is expected to rise next year within the available fiscal space, its impact on tax potential will only be visible in subsequent years.”

Meanwhile, high and sticky revenue expenditures will continue to skew the GFD composition, with revenue deficit contributing to 30-40 per cent of GFD over next few years, higher that the average of fiscals 2016-20. This skewed GFD composition, along with weak interest cover, will constrain the credit outlook for the states.

A strong and sustained revival in tax collections going forward and ability of states to step up capex to rebalance the composition of GFD will remain key monitorables. 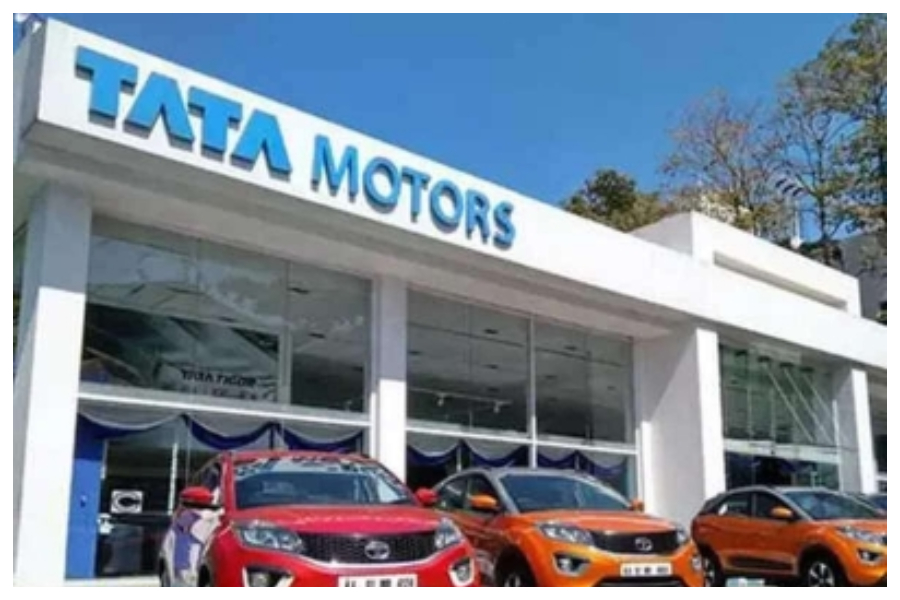 Automobile manufacturer Tata Motors will marginally increase the price of its passenger vehicles from Wednesday (January 19).

According to the company, there will be an average increase of 0.9 per cent, depending on the variant and model.

“At the same time, the company has also taken a reduction of up to Rs 10,000 on specific variants, in response to feedback from customers.

“While the company is absorbing a significant portion of the increased costs, the steep rise in overall input costs has compelled it to pass on some proportion through this minimal price hike.”

Additionally, the company has decided to offer ‘price protection’ on Tata cars booked on or before January 18. 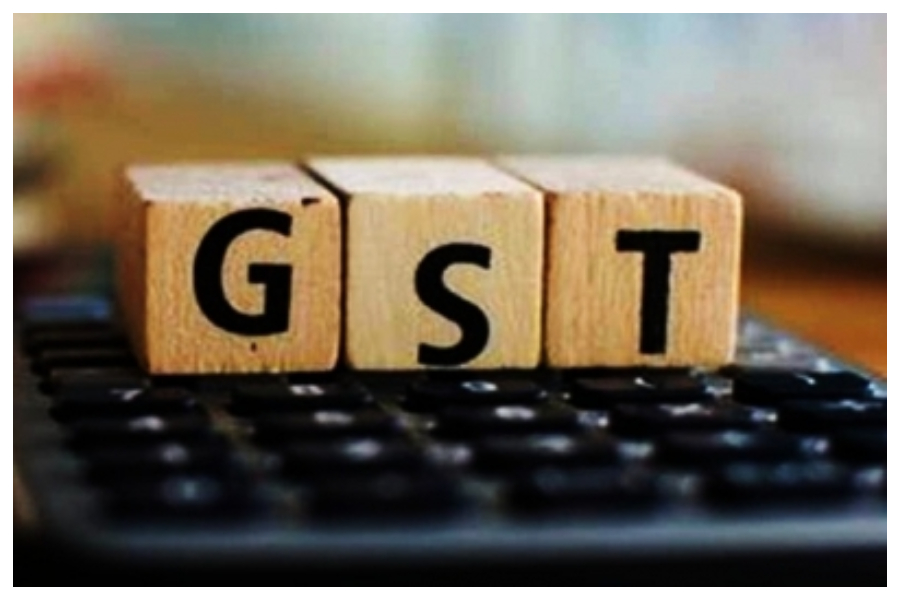 Shares in textile business have witnessed a consistent uptick in the recent months due to various policy measures and on hopes of a firm outlook for the sector going ahead.

Besides, the GST council’s recent move to defer rate hike on textiles has buoyed investors’ sentiment.

In its latest GST council meeting, it was unanimously decided to defer a hike in rates on textiles from 5 per cent to 12 per cent, which was to come into effect from January 1.

The matter will be discussed again in the next council meeting.

The deferment came as several states flagged higher tax rates on textile products to be put on hold.

The decision by the Council gave a breathing space to the industry.

The shares of Bhilwara Spinners, Nitin Spinners and Nahar Spinning Mills companies rose 252 per cent, 316 per cent, 711 per cent, respectively, over the past one-year period.

Notably, much of the rally in the textile stocks was due Centre’s production-linked incentive (PLI) schemes in the key manufacturing sectors, which included the textiles sector.

On September 8, 2021, the Union Cabinet had cleared the PLI scheme for the textile sector with an estimated budget outlay of Rs 10,683 crore.

The Centre, through the scheme, aims to provide a big fillip to the man-made fibres and technical textiles segments by promoting industries that invest in the production of some select textile categories.

Consequently, shares Of companies such as Alok Industries rose 40 per cent, Trident 333 per cent, KPR Mill 315 per cent, Arvind 195 per cent, Welspun India 134 per cent, Gokaldas Exports 344 per cent, Lux Industries 147 per cent, Filatex India 109 per cent, and Ambika Cotton Mills 105 per cent during the period.

In addition, analysts said that the stock price movement is likely to continue in the near future. 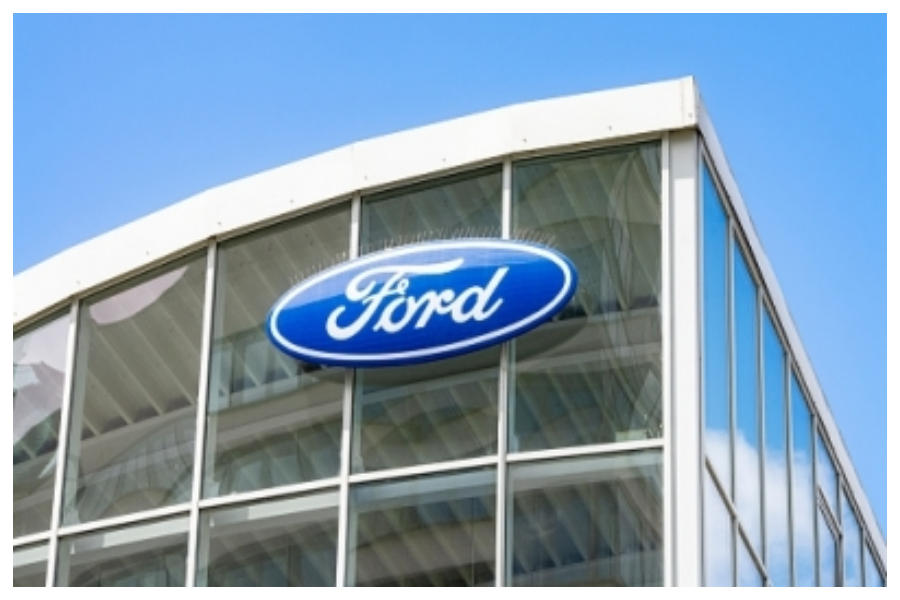 A couple of rounds of talks on the compensation to be paid to the workers have been held between the representatives of Ford India Private Ltd’s workers and the management, said a worker union leader.

He said the company management wants to conclude the talks and arrive at a settlement by February 2022.

“Couple of rounds of talks have been held with the workers in Chennai. We have given our charter of demands and the management said it has to be negotiated,” the Chennai plant union official told IANS preferring anonymity.

According to him, talks with the workers in the Gujarat plant have also started.

“We have asked for compensation for completed and remaining years of service. The company is not agreeable for the same. The management has not indicated as to the compensation they are willing to pay to the workers,” the union official said.

Majority of the workers are young and have about 25 years of service remaining before they retire and the compensation calculated on that basis will be a sizeable sum, is the management’s view.

However, the parent company will be infusing funds in dollars and as per the exchange rate between dollar and the rupee the outgo for Ford India will not be much, the worker leader said.

Last September, Ford India announced its decision to wind down vehicle assembly in Sanand in Gujarat by the fourth quarter of 2021, and vehicle and engine manufacturing in Chennai by the second quarter of 2022.

Ford India has four plants in the country — vehicle and engine plants in Chennai and Sanand.

Ford’s ‘quit India’ decision will result in an uncertain future for about 5,300 employees — workers and staff, the officials said last year.

The Chennai plant has about 2,700 associates (permanent workers) and about 600 staff.

“In Sanand, the number of workers will be about 2,000,” Sanand workers’ union General Secretary Nayan Kateshiya had told IANS.

Ford India had said more than 500 employees at the Sanand engine plant, which produces engines for export, and about 100 employees supporting parts distribution and customer service, also will continue to support Ford’s business in India.

According to Ford India, about 4,000 employees are expected to be affected by its decision.

The workers at Ford India want the prospective buyer of the car plants to hire them.

Meanwhile, Ford India has declared a holiday for majority workers till January 27.

About 100-200 workers have been asked to report for work to make the spares for the aftermarket, the union leader said.