India left-arm spinner Axar Patel’s dismissal of England’s Jonny Bairstow was very Ravindra Jadeja-like. Patel, playing just his second Test, beat Bairstow on the inside edge for leg-before wicket. The right-handed batsman played for the turn, only to realise that there was no turn. It is something Jadeja does extremely well on Indian wickets where there is turn.

Jadeja and Patel bowl a tight line, giving nothing away, instead of giving turn to the ball. Jadeja, who is yet to recover from a thumb fracture he suffered in Australia, has paired with Ashwin successfully over the last eight years of Test cricket in India, helping the team stay unbeaten at home in Test series since 2012-13.

When India last lost a series at home, in 2012-13 against England, Jadeja and Ashwin were yet to form a pair with the left-arm spinner making his debut only in the drawn last Test of that series. Ashwin and Jadeja have taken 348 wickets in the 33 Tests they have played together.

It came as no surprise then, that India’s sole concern in the bowling department ahead of the Test series against England was Jadeja’s absence. His accuracy, variations in pace and minimal turn are important assets to confuse batsmen on wickets that aid turn. Axar Patel, however, has stepped into his shoes well.

The Gujarat left-arm spinner picked up his second successive five-wicket haul, a 6/38, on Wednesday after 5/60 in the second innings of the second Test. Patel stuck to an accurate line in both innings across the two Tests and allowed the pitch and batsmen’s nerve do the rest.

“Axar is good at getting one to skid on and one to turn,” said England opener Zak Crawley, who himself fell to Patel as England’s fourth wicket after scoring a half-century.

This created confusion, to which England batsmen succumbed. Not just confused by which ball to play and which to ignore, but where to play, on front foot or back foot.

Former India left-arm spinner Maninder Singh feels both Patel and Jadeja know their limitations and that serves them well.

“The similarity between Jadeja and Axar Patel is that they know their strengths. They don’t go out of the way to do things they don’t know. They know what their capabilities and limitations are. They both know that they can’t bowl classical spin of using flight etc. That (knowing their limitations) is their biggest strength and is the most important thing,” Maninder told IANS.

“They know what they can do and they stick to that.”

The 55-year-old former spin bowler says that having a coach like Ravi Shastri who, too, played within his limitations, has helped.

“If you see Shastri’s batting, he would score off the hips, with flicks but would avoid cover-drive. Only after reaching a century, he would try that. Otherwise he would stay away from it. Ravi knew his strengths and knew the cover drive wasn’t his strength. Similarly, these two boys (Jadeja and Patel) know their strengths,” he said. On Wednesday, Patel said that he stuck to a wicket-to-wicket line as there was nothing else to do.

Pakistan played in the right spirit; will consider playing in PSL in future: Williamson 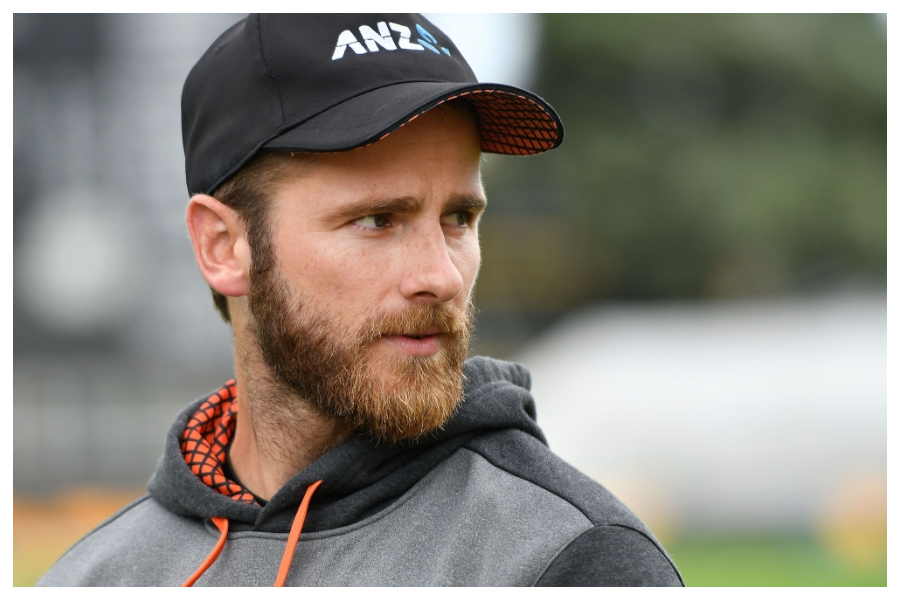 New Zealand captain Kane Williamson has said that Pakistan played the ICC T20 World Cup ‘Super 12’ game against his side on Tuesday in the “right spirit”, contrary to speculation that Babar Azam’s boys would be all charged up after the Black Caps abandoned the tour of the country last month due to “security threats”.

Several former Pakistani cricketers and commentators have been vocal about New Zealand cancelling the limited-overs tour of Pakistan hours before the start of the opening ODI in Rawalpindi last month, terming the T20 World Cup game a “revenge” match.

Asked during the post-match press conference, if the Pakistan player were “aggressive towards” New Zealand cricketers, Williamson said, “No, they played in the right spirit, I believe, and a great spirit. They’re a very competitive, proud cricketing nation, and they showed that tonight. They’ve been outstanding in the first couple of games of this tournament. I’m sure they’ll be very, very competitive throughout the back end as well. Their hopes are high, no doubt.”

Speaking about the cancellation of tour due to the security threat perception, Williamson, whose side lost by five wickets in a low-scoring game on Tuesday, said, “That was obviously a very unfortunate, disappointing situation for Pakistani cricket fans and the cricketers; a decision that was outside of the players’ control.

“But all the guys were there looking forward to that series to start, and unfortunately it didn’t happen. So it was very disappointing for all involved.”

To a question on whether he would play in the Pakistan Super League if he gets an opportunity, Williamson started by saying that t was a “real shame” to not have played the series in the first place.

“It was a real shame to not have that series go ahead and be played in front of what are some of the most passionate cricket supporters in the world and a very proud cricketing nation. So that was a real shame.

“The Pakistan league is a brilliant league. Sometimes that clashes, I think, with some of our cricket back home. So that’s always a tough one, but as an international player, often you do look at these other opportunities when the timing is right, and they’re always fantastic experiences. I’ve heard a lot of really good things from other players that have played over there as well. Yeah, it’s, I suppose, something to consider in the future.” 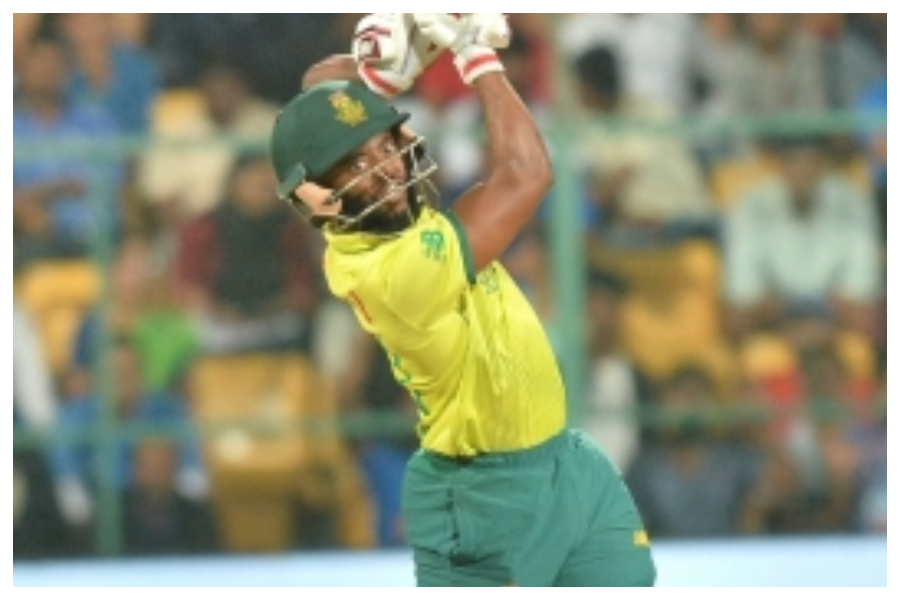 South African skipper Temba Bavuma has said he was “surprised and taken aback” by the decision of team-mate Quinton de Kock to opt out of the game against the West Indies in the ICC T20 World Cup on Tuesday due to “personal reasons”, adding that he will still get “whatever support he wants from the team”.

Minutes before the toss in the ‘Super 12’ game, which the Proteas won by eight wickets on Tuesday evening, de Kock made himself unavailable for selection. The news came after Cricket South Africa (CSA) released a statement saying that all players should take the knee before their remaining T20 World Cup matches in support of the ‘Black Lives Matter’ movement.

De Kock was one of a number of South Africa players who had not been taking the knee ahead of recent internationals, including the team’s tournament-opener against Australia, with some players kneeling, some raising a fist and some standing.

The inconsistencies with the way players have been acknowledging a stance against racism was one of the reasons CSA issued the clear directive to its team.

Indian batsman Dinesh Karthik, meanwhile, added fuel to the fire by revealing on Twitter that the Proteas batsman is not playing because of his stand on Black Lives Matter (BLM) movement.

Although de Kock himself has not elaborated on missing the game, statements from CSA and Bavuma make it clear the decision had to do with CSA’s directive for all players to take the knee at the start of the game.

“We as a team were surprised and taken aback by the news. Quinton is a big player for the team, not only with the bat but also the role he plays from an experience point of view. Not having that at my disposal as a captain was obviously not something I was looking forward to,” said Bavuma after the win against the West Indies.

“In saying that, Quinton is an adult. He’s a man in his own shoes. We respect his decision, we respect his convictions.”

On de Kock’s future playing for South Africa, Bavuma said, “It wouldn’t be my decision whether to replace Quinton or get a substitute. As far as we stand, Quinton is still one of the players, one of the boys. So whatever support that he needs, whatever shoulder that he requires from his teammates will be there for him. And if there’s a need for further conversations to be had, those will definitely happen among the guys,” he said.

Bavuma said that the instructions from the board to take the knee, “in a united and consistent stance”, was taken on the morning of the game. The message was passed on to the players before they got on to the bus to travel to Dubai.

“The trip was about an hour and half to two hours. In that trip I guess that’s where Quinton made his decision. I found out when we got to the changing room. (The timing) was probably not ideal. The good thing is we were still able to find a way to get on the field and represent our country the way we did.

“Quinton is still one of the players, one of the boys. So whatever support that he needs, whatever shoulder that he requires from his teammates will be there for him. And if there’s a need for further conversations to be had, those will definitely happen among the guys. The timing meant the team had not had the time to discuss the matter with de Kock and clear the air,” Bavuma explained.

After a clinical five-wicket victory over New Zealand, Pakistan skipper Babar Azam on Tuesday said that it’s great to win and his team will look to carry forward the confidence in the upcoming matches of the ongoing ICC Men’s T20 World Cup.

The victory sends Pakistan back above Afghanistan to the top of Group 2 with two wins from two matches in the tournament.

“Feels great to win and we’ll look to carry forward the confidence. The spinners started off brilliantly, and Haris and Shaheen carried it through. I would like to compliment our fielding that has carried us through here. I thought we gave 10 runs too many. But this is cricket and it happens,” said Babar after the win.

“While batting, there were wickets early on and we needed a partnership. Malik showed experience and Asif Ali contributed too. Every match is crucial. There is no easy match. We’ll look to play it day by day and game by game,” he said.

Meanwhile, Haris Rauf, who got the Player of the Match, for his sensational bowling performance said that there is competition in the bowling unit and they also complement each other.

“There’s competition in the bowling unit, we have been playing together for two years, myself, Shaheen, and Hasan Ali. We talk with each other, assess the conditions and we do get confidence from each other,” he said.