The All India Majlis-e-Ittehadul Muslimeen (AIMIM) led by Lok Sabha MP Asaduddin Owaisi would contest the upcoming urban local body elections in Madhya Pradesh, for which the party has devised a strategy to conduct a survey in the Muslim-dominated areas of the state.

The urban local body polls using EVMs are likely to be held in Madhya Pradesh in February next year for which the State Election Commission has completed all the preparations.

AIMIM is all set to enter the political fray in the state through these polls. Naeem Ansari, the acting President of the party’s Madhya Pradesh unit, has accepted that the prospects of the party’s status are being explored in the wake of the local body elections along with a survey to be conducted soon.

Sources said that AIMIM is eyeing especially those areas where there are a large number of Muslim voters. Owaisi is specifically focusing on Indore, Bhopal, Ujjain, Khandwa, Sagar, Burhanpur, Khargone, Ratlam, Javra, Jabalpur, Balaghat and Mandsaur.

Owaisi has tried to increase AIMIM’s political base outside Hyderabad in the last few years. His party fielded 20 candidates in the recent Assembly elections in Bihar and won five seats. Similarly, in the 2017 Uttar Pradesh elections, 38 candidates were fielded from different constituencies, but it failed to win a single Assembly seat.

At the same time, 44 candidates won the elections in the recent Greater Hyderabad Municipal Corporation elections. Owaisi is now trying to expand his party’s base in north India, which he has announced by entering the political field in Madhya Pradesh.

Govt ready to discuss all issues with farmers: Narendra Modi

Rajasthan Chief Minister Ashok Gehlot on Thursday instructed bank officials to stop the auction of lands of debt-ridden farmers in the state.

Farmers’ lands are being seized by bank officials on the grounds of non-payment of loan instalments in different parts of the state and hence, the opposition parties have been attacking the state government for making fake promises of loan waivers.

Gehlot tweeted: “Due to non-payment of loans of commercial banks under the control of Reserve Bank in the state by farmers, the process of land attachment and auction is being done under the Removal of Difficulties Act. The state government has instructed the officials to stop it.”

He said that the state government has waived the loans of cooperative banks.

“The Government of India has been urged to waive the loans of farmers by making one time settlement from commercial banks. The state government is also ready to bear its share. Our government passed a bill in the assembly to ban the auction of land of farmers having agricultural land up to 5 acres. But till now, this law has not been made as the Governor has not yet cleared it,” he said.

“I am sad that such a situation has arisen due to law not being approved. I hope that this bill will be approved soon so that such an auction will not happen in future,” he added.

Farm lands across Rajasthan are being auctioned due to non payment of loan instalments.

Against the auction of farmers’ lands in Rajasthan state, the Congress has decided to gherao the Governor’s house on January 24 at 2 p.m. with all the farmers’ organisations of the state where he will be requested to pass the bill.

In his tweet, he hash-tagged Congress leader Rahul Gandhi and said: “Rajasthan farmers’ land is being auctioned and farmers are committing suicides due to this promise of Rahul Gandhi,” he said and tagged, Ashok Gehlot too saying he is misleading people by simply exchanging letters. If there is little honesty left, waive off loans for farmers completely.”

Poonia also posted a video from an election rally where Rahul Gandhi counted till 10 and said that farmers loans will be waived off in 10 days. 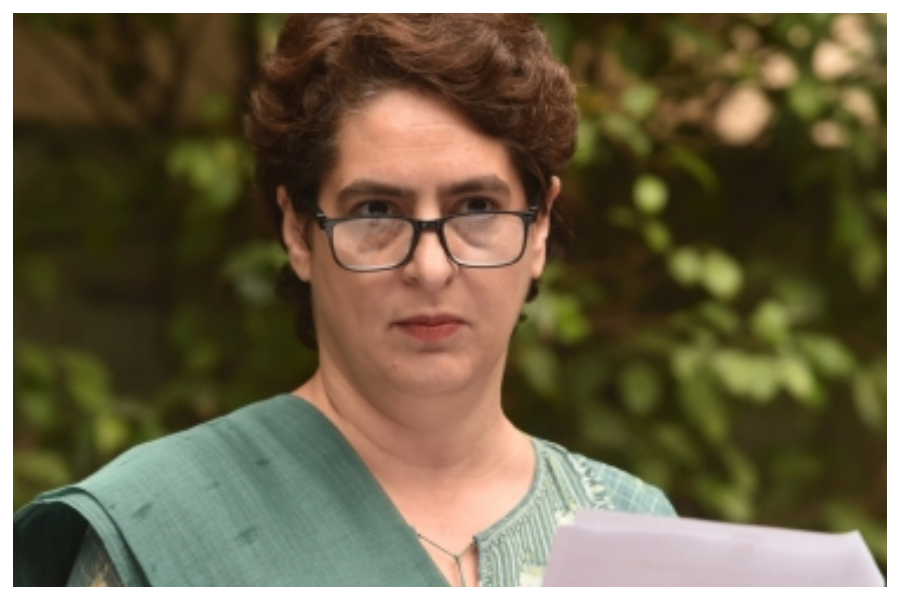 The Congress on Thursday released the second list of 41 candidates for the Uttar Pradesh elections in 41 candidates, out of which 16 are women.

The women candidates include Sukhwinder Kaur from Saharanpur, farmer leader Poonam Pandit from Syana and Dr Yasmeen Rana from Charthawal.

The total number of tickets given to women are 66 out of the declared of 166 candidates, which is marginally higher than the 40 per cent as promised by Priyanka Gandhi Vadra party General Secretary and In-charge UP.

Last week the party had declared the names of 125 candidates in which 50 are women, constituting 40 per cent of the candidates.

The women have been chosen from diverse backgrounds. These include the mother of Unnao rape survivor; Poonam Pandey an Asha Worker; Nida Ahmed, a journalist; and social activist Sadaf Jafar from Lucknow who was at forefront of anti-CAA protests.

Priyanka had earlier announced that 40 per cent of the tickets would be given to women and had coined a slogan – ‘girls can fight’.

Priyanka said, “We wanted to give a chance to the people who have been fighting for their rights, so the real people will get the chance to fight for their cause.”

She said that political rights need to be given to the women.

The Congress leader said that the party has tried to change the political narrative of the state and wants that there should be discussion on employment, health, law and order and other women related issues. 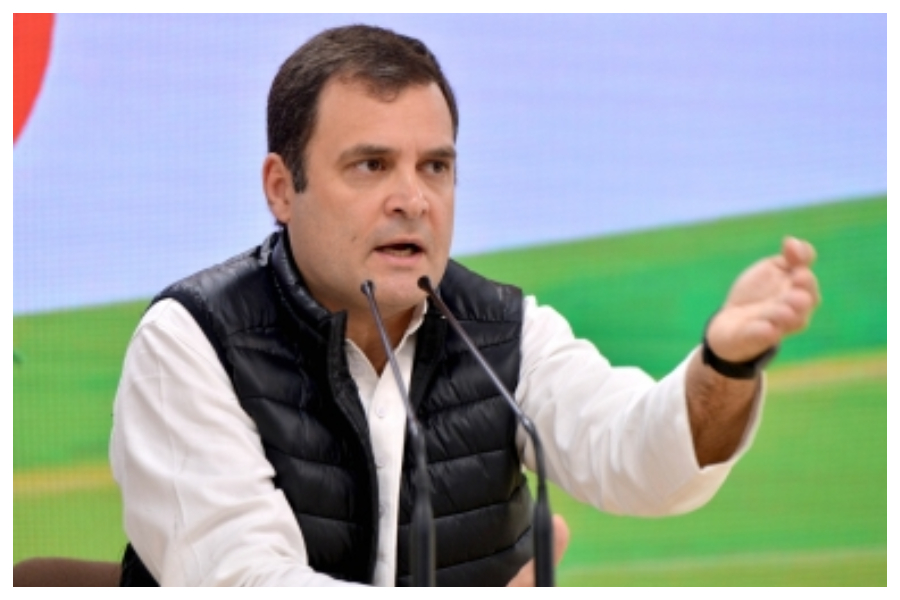 After the Chinese Army reportedly abducted an Arunachal Pradesh teenager from the Indian territory where China had constructed 3-4 km road in 2018, the Congress has slammed the government for inaction in the entire episode.

Former Congress President Rahul Gandhi on Thursday tweeted in Hindi, “Just days ahead of Republic day the Chinese have abducted an Indian citizen, we are with the family of Meeram Taron, and we will not lose hope and will not accept defeat. But Prime Minister’s silence is his statement that it does not bother him.”

As per reports Traon’s friend, who managed to escape, reported the matter to the authorities and brought it to the attention of Tapir Gao, an MP from Arunachal Pradesh.

The incident has been reported from Upper Siang district.

Tapir Gao tweeted: “Chinese #PLA has abducted Sh Miram Taron, 17 years of Zido village on Tuesday from inside Indian territory, Lungta Jor area (China built 3-4 kms road inside India in 2018) under Siyungla area (Bishing village) of Upper Siang district, Arunachal Pradesh. His friend escaped from the PLA and reported to the authorities. All the agencies of the Central government are requested to step up for his early release.”

Congress MLA Nenong Ering too brought to the notice of the government and said, “It’s shocking that CCP China’s PLA abducted innocent youth from Arunachal Pradesh.”