Anupam Kher completes 37 years in the film industry on Tuesday. Reflecting back on his journey of playing over 500 characters, the seasoned actor says he was never insecure as an actor and feels humbled for the love he has got.

“I was an insecure person at that time (when the journey started) because I didn’t have a place to stay, but I was never an insecure actor because I had done four years’ training from the best schools. I have done mundane, stupid films but I own all of them with pride. I own all of my insignificant work because that was part of my journey,” he says.

The actor has been noted for his roles in films like “Karma”, “Hum Aapke Hai Koun..!” and “Daddy” amongst numerous others. He says that he never took himself seriously during the course of his career.

“I feel humbled, very happy that God has been kind to me, the film industry has been kind to me. I am the son of a forest department clerk in Shimla. I think the joy of the journey is because I did not take myself seriously as a person. I did my job and I am glad that I chose ‘Saraansh’ as my debut film or rather I should say that it chose me as an actor. I always believe that if you take risks, God rewards you in a better way. Lot of people at that time pointed out to me that I was only 28. But the role was so phenomenal that if I had not done Saaransh, I may not have survived for such a long time,” he says.

He continues: “I think it was a mixture of having the guts to do that (‘Saaransh’) and the other thing was that I knew that I needed to establish myself as an actor, rather than just another hero. I was from National School of Drama and had a background of plays and I couldn’t have gotten a better role as a 58-year-old man. It was a dream launch for me and I put all my misery, humiliation, and lack of dignity, which I had got for three years by staying on the platforms, into that role and the result is there.”

“Every year we talk of films completing so many years because it has become a hashtag friendly word but how many people, and I say this with all humility, can boast about a film like ‘Saaransh’. It speaks of me not only as an actor but also the courage I showed by choosing this film,” he adds.

Kher has also tried his luck in Hollywood, of course, notably working with Robert De Niro, Bradley Cooper and Jennifer Lawrence in the multiple Oscar-nominated film “Silver Linings Playbook”, and has forayed American television world with the medical drama show “New Amsterdam”, which he bid adieu to earlier this year. Despite scaling such an international high, he claims he still has his doubts as an artiste.

“As an actor, I have self-doubt even today. The day I become confident as an actor it will be the end of my growth. How can you say ‘I know this’? Acting has no syllabus. That’s why you have people giving brilliant performances at even 85. It comes from lack of surety. It’s not that all films I have done are great classics. I have enjoyed the most mundane and idiotic films too because the journey is more important as destination,” he says.

Kareena’s birthday wish for ‘brother-in-law’ Kunal Kemmu: Have a lovely one 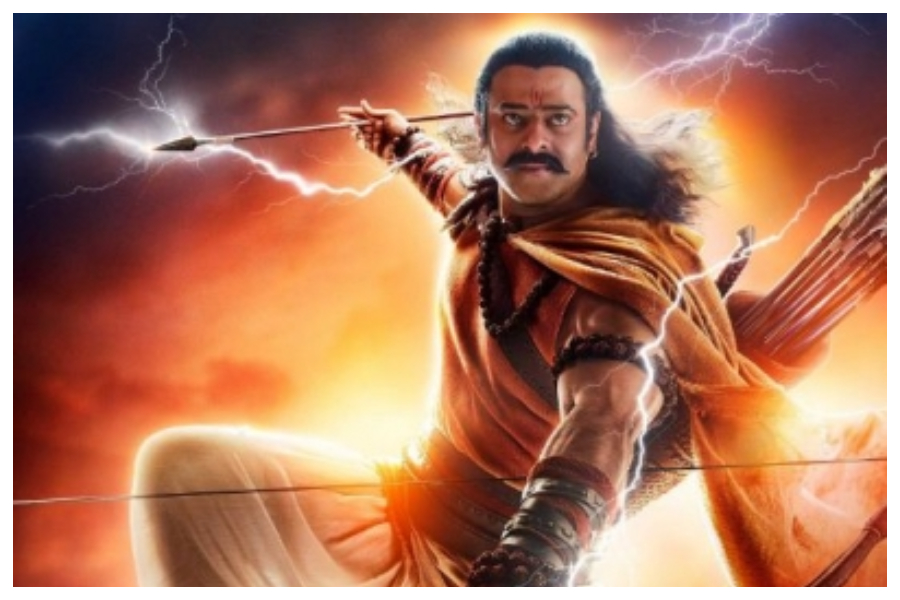 “Adipurush”, one of the most anticipated Indian films of 2023, whose first teaser was released here on Sunday, unites the talents of Prabhas (of the “Baahubali” franchise) and Om Raut, who directed the Ajay Devgn-starrer “Tanhaji: The Unsung Warrior”, the biggest Indian box office hit of 2020, reports ‘Variety’.

“Adipurush” is Raut’s take on the ‘Ramayana’ by Valmiki. The film is set 7,000 years ago and in the film, Prabhas’s character is not called Lord Ram, he is Raghav, which is another name for Ram.

Sita, played by Kriti Sanon, is called Janaki (as in King Janaka’s daughter), while Saif Ali Khan’s Ravana is Lankesh (lord of Lanka), which are also derivatives of their ‘Ramayana’ names, notes ‘Variety’.

Adipurush literally means ‘first man’, but here the interpretation is that of ‘best man’.

Post “Tanhaji”, Raut could have called any Indian A-lister for his next film but he chose Prabhas. “I always had Prabhas in my mind when I was writing Raghav’s character — it became so compelling for me,” Raut said in a conversation with ‘Variety’. “If it was not him, I would have not made the film.”

Raut made it to Hyderabad from Mumbai in the middle of India’s first Covid-19 lockdown to discuss the film with Prabhas in person. The actor describes the meeting as a “super exciting day”.

“After three days, I got a little stressed because I thought it’s the most precious film for the country — can I do it?” Prabhas told ‘Variety’. “Om said not to worry and so it was a beautiful thing that happened. I think it’s the most prestigious film in my life.”

Prabhas says he signed on because of Raut’s intriguing screenplay and how it integrates the history and culture of India. “The way he designed the film was amazing, huge. And I think he made it very well,” Prabhas said. 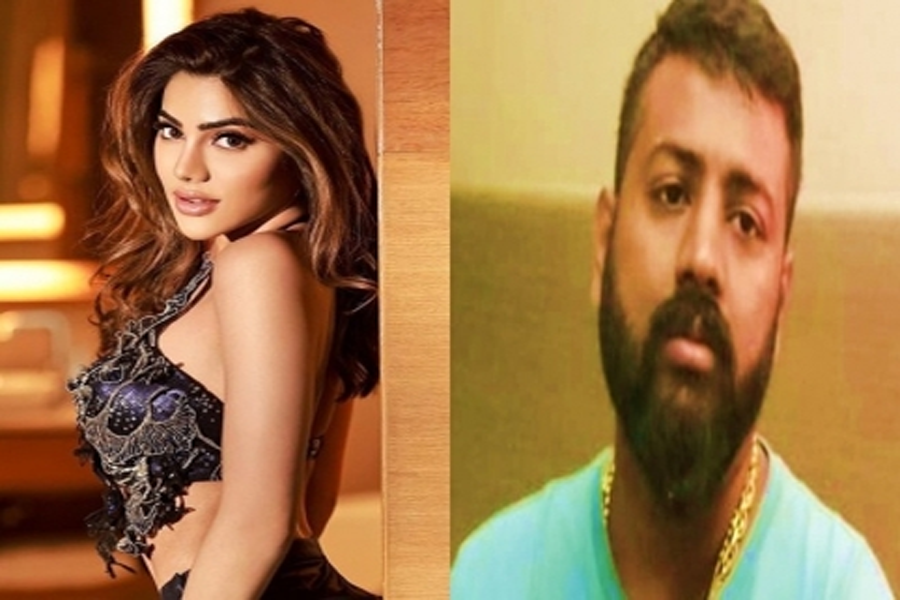 ‘We have lost a gem’: Condolences start pouring in for Raju Srivastava 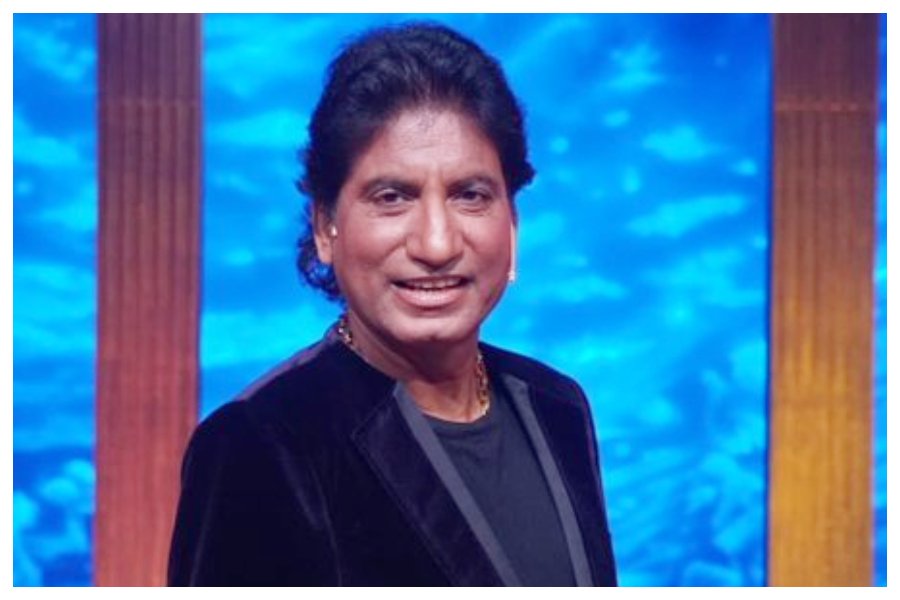 Even as the news of comedian Raju Srivastava’s death spread across the country, messages of condolence started pouring in.

The first to react was Samajwadi Party leader Akhilesh Yadav, who said: “It is regrettable that Raju Srivastava is no more with us. He came from a poor family, but with his talent and hard work, he created his presence in the world. There are very few talented comedians like him. I remember how he wanted to contest from Kanpur when he joined SP.”

Srivastava was indeed given an SP ticket in the run-up to the 2014 Lok Sabha elections, but he later returned it and joined the Bharatiya Janata Party.

Filmmaker Madhur Bhandarkar tweeted: “Saddened to hear the tragic news of Raju Srivastava’s untimely demise. He made us all laugh with his amazing comic timing for so many years. We have lost a gem. My deepest condolences to his family members and admirers.”