The Delhi Police on Friday arrested another wrestler in connection with the May 4 Chhatrasal Stadium brawl that led to the death of Sagar Dhankar, an official said.

The Delhi Police official said the arrested wrestler has been identified as Anirudh.

This is the 10th arrest in connection with the case, including that of two-time Olympic medallist Sushil Kumar who was arrested on May 24 by the Special Cell sleuths after being on the run for over 18 days.

The police have also arrested several members of the Neeraj Bawana and Kala Asauda gang.

Related Tags:delhi police
Up Next 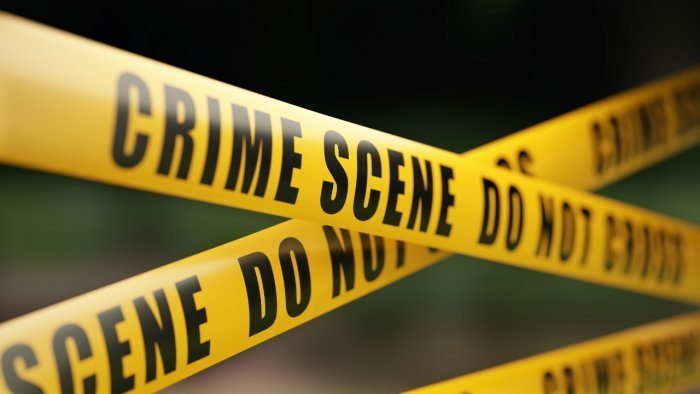 A 22-year-old medical student was strangled to death and set ablaze allegedly by her father, brother and three other male relatives over her love affair in Maharashtra’s Nanded district, an official said.

The police on Friday arrested the five for the killing that took place on January 22 in Pimpri Mahipal village under Limbgaon police station, around 600 km from Mumbai, an official said.

Shubhangi Jogdand was strangled to death with a rope by her family members, who later set her ablaze and threw her remains in a stream to destroy the evidence, he said.

Shubhangi Jogdand was strangled to death with a rope by her family members, who later set her ablaze and threw her remains in a stream to destroy the evidence, he said.

The victim was a third year student of Bachelor of Homeopathic Medicine and Surgery (BHMS) and her marriage had been fixed. However, she informed the man chosen by her family that she was in love with another man from her village, the official said.

The victim’s family had been upset after the wedding was called off, he said.

The woman’s father, brother, uncle and cousins took her to a farm on the night of January 22, and they allegedly killed her and tried to destroy the evidence, the official said.

The accused have been arrested under section 302 (murder) and other relevant provisions of the Indian Penal Code, he added. In a stunning revelation, the Pune police on Wednesday said that the seven bodies fished out of the Bheema River in the past one week, were victims of a macabre case of “mass murder” by their kin and five persons have been arrested.

As per preliminary investigations, the motive behind the murders – a couple, their daughter, son-in-law and three grandchildren – is believed to be a family feud arising out of a tragedy.

Since over a year, the victims – the Pawar family – lived in Nighoj village in Parner, Ahmednagar and the adults worked as daily wagers, Pune’s Superintendent of Police, Rural, Ankit Goyal said.

Goyal said that all the accused-arrested are relatives of the deceased Pawar family, the motive is believed to be an old family feud, and they have been booked for charges of murder, conspiracy to murder, common intent, etc.

Their interrogation revealed that Ashok Pawar’s son, Dhananjay was killed in a road accident and he blamed Mohan Uttam Pawar (whose body was fished out from the river) and his son Anil Mohan Pawar for the tragedy.

Ashok Pawar nursed a grudge against his relatives which resulted in the seven ‘mass murders’ committed last week, he said.

Pune police had retrieved the 7 bodies, from different locations, from the Bheema River in the vicinity of Yavat village at Daund for five days from January 18-22.

However, a major breakthrough was achieved in the case after a mobile phone was found with one of the woman’s bodies fished out on January 20, said Goyal, who was flanked by the IO Rahul Dhus, Additional SP Anand Bhoite and others.

From the phone’s data, the police team managed to track down the victims’ relatives living in Ahmednagar who identified them from the photos and belongings, he added.

The first body of a woman was spotted by locals, on January 18, and after a search in the river with motorboats and divers scanning several hundred metres, the remaining victims were brought out over the next five days.

Even as the incident sent shocks among people in three districts, the Pune police cracked into action by setting up multiple probe teams and managed to solve the case by arresting the five.