A 40-year-old woman who was allegedly raped and beaten by doctors and medical staff at a Lucknow hospital from where she was discharged, has died.

Family members of the deceased said she died on Sunday while being taken to another hospital in the state capital.

The daughter of the deceased had approached Union minister Smriti Irani, who was on a visit to Amethi on Saturday, after the police refused to pay heed to her.

The woman said her mother was admitted to the Amethi Joint District Hospital, Gauriganj, on June 6, as she was unwell, but her condition deteriorated, and she was referred to the Dr Ram Manohar Lohia Institute of Medical Sciences in Lucknow.

She alleged that her mother was initially kept in the emergency ward of the Lucknow hospital and then shifted to a bed on the fourth floor but no family members were allowed to visit her.

The daughter claimed that when she finally was allowed to meet her mother after repeated requests, she found out her condition was critical.

She alleged that her mother told her she was beaten up and raped by doctors and staff.

A spokesperson of the Dr Ram Manohar Lohia Institute, however, refuted the allegations.

“No such allegation of rape of a woman has been reported and no complaint has been received. If there is a complaint, an inquiry will be conducted,” he said.

The woman further said her mother was discharged from there on Friday night in an unconscious state and again admitted to the Gauriganj district hospital.

She informed Irani about the incident the next day, after which the MP spoke to the district magistrate, superintendent of police and the chief medical officer of Amethi.

Medical Superintendent of Amethi Joint District Hospital, Gauriganj, P.K. Upadhyay said the woman was being shifted to a hospital in Lucknow as she had developed black fungus, but she died on the way.

District Magistrate Arun Kumar said an inquiry committee was set up comprising the Gauriganj deputy collector, the deputy superintendent of police and the ACMO, and action will be taken after the committee hands in a report.

Navi Mumbai ex-cop nabbed for killing one son, injuring the other 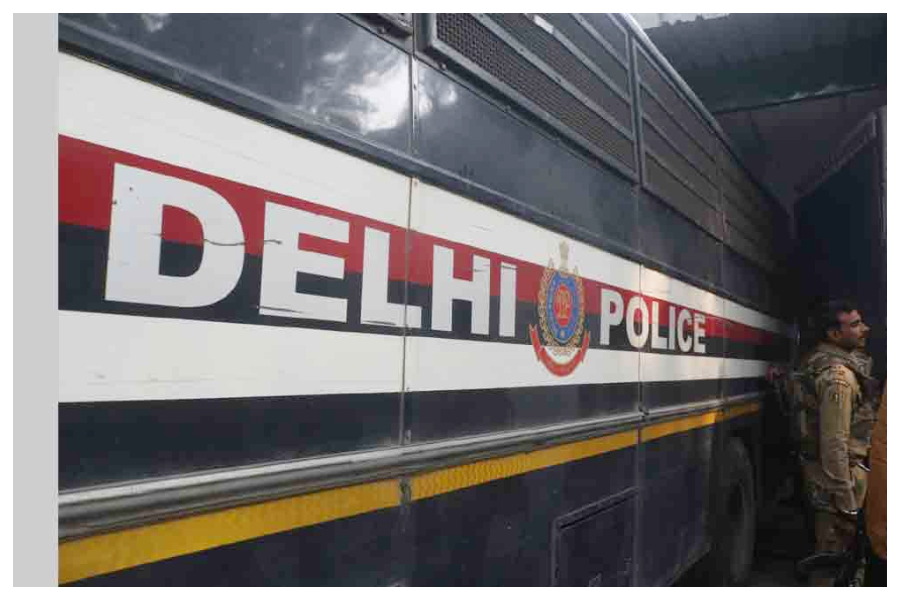 In a crackdown, Delhi Police have busted several illegal arms supply syndicates that may have emerged as a security threat in the national capital ahead of Republic Day celebrations.

In just past five days, police have arrested 6 notorious arms dealers who used to supply illegal arms and ammunition to the gangsters of Delhi, out of which the last was been found to have illegal financial links with subversive modules based abroad.

In the first operation, the Special Cell on January 21 announced arrest of a wanted arms dealer who supplied weapons to conspirators, who plotted to kill a Delhi-based Kashmiri Pandit. The accused, identified as Haji Shamim alias Shamim Pistol, was a notorious illegal arms supplier and had been supplying illegal arms for more than 15 years.

First arrested in an illegal arms case in 2007, he deals in sophisticated arms including foreign-made arms.

The dconspiracy to kill the Kashmiri Pandit social activist was hatched by a person named Randeep, who has been absconding since 2014 and is hiding abroad. It was learnt that he runs an international drug cartel and enjoys the support of Pakistan. In this whole conspiracy, weapons were arranged by Shamim.

The second operation was conducted on January 22 in which an illegal arms factory that was manufacturing around 1,000 weapons per year was busted by the Delhi Police in Uttar Pradesh’s Aligarh district and one man was apprehended in this connection. The details about the arms factory were revealed during the interrogation of notorious arms supplier Shakil alias Sherni, who was arrested earlier that week after an encounter with the Special Staff of Outer North district. The apprehended accused, identified as Ravi Mahor, was making illegal arms in a shop being used as a manufacturing unit.

“Several raw materials used in the manufacturing of arms were recovered such as barrels, triggers, the body of arms, etc along with Khairat machine, bits used in the machine, Bhatti, Okhli, gripper, etc were recovered,” Deputy Commissioner of Police, Outer North district, Brijendra Kumar Yadav had told IANS.

In the third operation, two notorious arms suppliers of the infamous Neeraj Bawana and Tillu Tajpuriya gang were arrested by the Special Cell. The accused were identified as Manish, 25, a resident of Bawana, Delhi and Shokeen, 38, a resident of Shamli, UP. It was learnt that the Delhi gangsters were procuring illegal arms and ammunition from these weapons suppliers. A total of 27 illegal firearms and live cartridges were recovered from the accused persons at the time of their arrests.

According to the police, in the past year, accused Manish has supplied more than 30 illegal firearms along with ammunition to different members of the Neeraj Bawana and Tillu gang. Both Neeraj Bawana and Sunil Mann alias Tillu Tajpuriya are dreaded gangsters currently lodged at different jails in the national capital.

In the latest operation, just one day ahead of Republic Day, the Special Cell said they have busted an interstate illegal arms racket and arrested its two key members. Notably, the racket was having illegal financial links with terror modules based abroad. The arrested accused were identified as Ravi Khan, 40, a resident of Prayagraj in Uttar Pradesh, and Rahul Singh Chhabda alias Rahul Sikhligar, 23, a resident of district Dhar in Madhya Pradesh. A total of 25 semi-automatic pistols were recovered, with their mobile phone and SIM cards used in the offense.

According to DCP, Special Cell, Rajiv Ranjan Singh, Chhabda and his associates were supplying illegal weapons in UP and Delhi NCR from the areas of Khargone, Dhar, Badwani, and Burhanpur in Madhya Pradesh. Chhabda used to procure illegal pistols from suppliers of his village and nearby areas and further supply the same to criminals of Delhi, UP, Haryana and Rajasthan directly himself or through co-accused Ravi Khan and others. 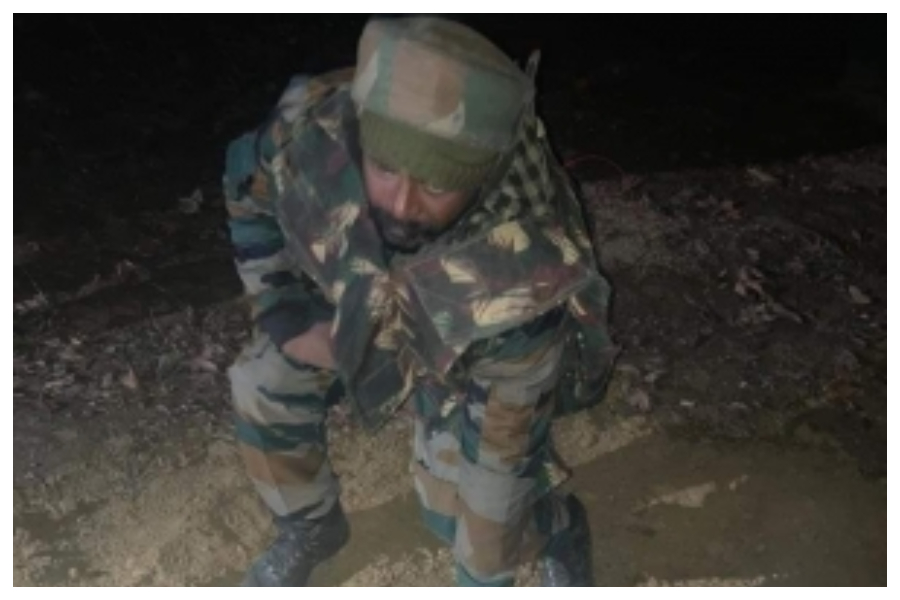 A joint team of Indian Army and J&K Police has recovered commercial grade explosives from Kishtwar district, a statement said on Tuesday.

“A joint team of the security forces including the army and local police has recovered approximately 1.3 kg of commercial grade explosives in general area of Nagar Nala near Dul in district Kishtwar (J&K) on January 24, 2022.

“The recovery included 11 sticks of commercial grade explosives (each weighing 125 gms), one detonator and also the detonating wire,” a defence statement said.

A man from Rajasthan was arrested on Tuesday on charges of transporting unaccounted Rs 1.48 crore worth gold and Rs 40 lakh cash in Mangaluru, Karnataka.

During a preventive check ahead of Republic Day, personnel of the Railway Protection Force (RPF) attached to Mangaluru Junction Railway Station nabbed Mahendra Singh Rao, a resident of Udaipur, while he was travelling on the Mumbai-LTT-Ernakulam Duronto Express.

The 36-year-old accused has been handed over to the Government Railway Police, Mangaluru Central, along with the gold and money. The currency found is in the denominations of Rs 2,000 and Rs 500.

The man was caught when RPF personnel checked his bag and found the cash wrapped in newspapers.

The accused claimed that he received the gold and cash from a person in Mumbai referred by his employer Praveen Singh.