Just ahead of meeting four Congress dissident Cabinet ministers and three legislators, Punjab affairs in charge and AICC general secretary Harish Rawat, on Wednesday clarified that the 2022 Punjab Assembly election would be fought under the leadership of Amarinder Singh amid signs of revolt by the Navjot Singh Sidhu faction.

The ‘rebel’ legislators reached Dehradun in the morning to apprise Rawat about the mood of the public against the Amarinder Singh-led government in the state. They, among 20-odd party legislators, have been demanding replacement of Amarinder Singh as he failed to fulfill the 2017 poll promises.

Rawat told the media that Amarinder Singh had welcomed party state President Navjot Singh Sidhu himself, and the decision on elevation was not taken without the CM’s approval.

“We have given the party leadership to Sidhu but not the Congress to him,” Rawat was categorically clear in saying about any move to change the Chief Minister ahead of the assembly polls slated in early 2022.

They said they wanted to apprise the high command over the widespread dissidence among the party ranks. They were categorically clear in saying after the closed door meeting that it was high time for the party to opt for a change of guard.

Their main grudge, among others, with the Chief Minister and his aides, was unfulfilled poll promises, particularly the delay in action in the 2015 sacrilege and police firing cases.

Channi told the media that the panel, authorised by the other legislators, would seek time from the Congress high command to listen to their grievances, otherwise it will be difficult for the party to get a repeat in Punjab.

He said the MLAs have also raised a number of issues, including the existence of sand, drug, cable and transport mafias.

Late in the evening on Tuesday, seven of the 20-odd MLAs and ex-MLAs, who were purportedly party to the demand for the removal of Chief Minister Amarinder Singh, categorically disassociated themselves from any such move.

Denying outright being part of what they termed as a conspiracy hatched by a section engaged in trying to drive a wedge within the party, these seven leaders have thrown their weight behind the Chief Minister and reposed their full faith in his leadership.

The Punjab Congress leaders who have distanced themselves from the so-called festering revolt in the party are — Kuldeep Vaid, Dalvir Singh Goldie, Santokh Singh, Angad Singh, Raja Warring and Gurkirat Singh Kotli, all MLAs, and Bhalaipur Ajit Singh Mofar, a former MLA.

Their denial came within hours of a list of party MLAs or ex-MLAs being made public by a section of the Punjab Congress, which claimed that these leaders wanted the replacement of Amarinder Singh and intended to take up the matter with the party high command.

The seven party leaders have, however, washed their hands off any such decision and declared that they continue to stand firmly with the Chief Minister.

All seven of them said the closed door meeting held at Cabinet minister Tript Rajinder Singh Bajwa’s residence, after which their names were fraudulently released along with others, had been convened to discuss party affairs.

Some of the participants tried to raise the issue of the Chief Minister’s replacement, but contrary to the claims, no unanimous resolution was passed or agreed upon.

Taking strong exception to the ‘misuse’ of their names in this manner, the seven leaders made it clear that they did not subscribe to any such move against Amarinder Singh. 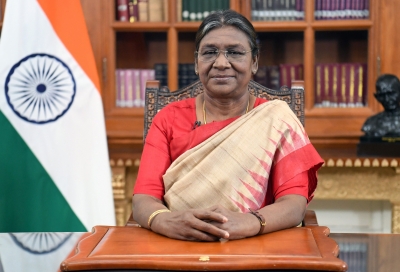