Two minor children were allegedly tied to an electric pole and beaten up in Bihar’s West Champaran district on Tuesday, police said.

The two were accused of stealing Rs 200.

The police officials came to know about the incident after a video of the incident went viral on social media.

Pranav Kumar, the SHO of Sisiria police station said: “We have taken cognizance of this incident and are taking action against the alleged persons visible in the video. One of the accused is the victim’s cousin.”

“We have identified some of the alleged persons, namely Shivnath Yadav, Madhav Yadav, etc,” the SHO said.

According to the police, the incident occurred in the Bhagarwa village where two children, aged between 12 and 15 years were tied to an electric pole. People surrounding them shaved their heads and beat them with sticks. The victims were pleading for mercy but no one listened to them.

The victims have been identified as the children of migrant labourers and had come from other states.

Related Tags:Bihar Police
Up Next 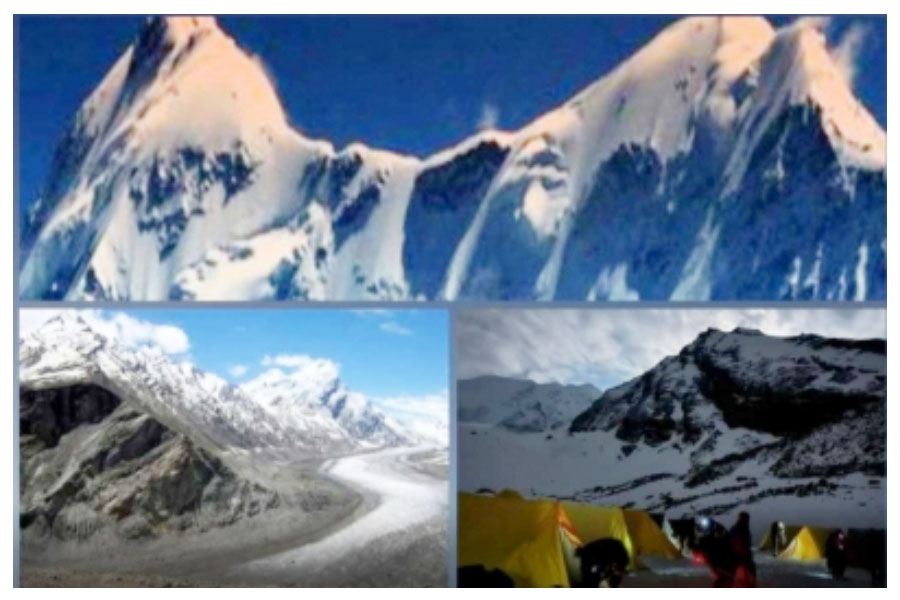 A total of 26 bodies have been recovered so far from the site of an avalanche that struck the Draupadi’s Danda-2 peak in Uttarkashi. A search operation is on for three more missing persons from the team of trainee mountaineers from the Nehru Institute of Mountaineering (NIM).

Four out of the 26 bodies recovered were moved to the Army Helipad in Harshil, and then taken to the Uttarkashi District Hospital by an ambulance.

Officials said that two Cheetah helicopters are being used for the rescue operation, adding that attempts were being made to transfer the bodies to the Matli helipad which failed due to bad weather, following which the chopper with the bodies was made to land on the Harshil army helipad.

Four bodies were recovered on October 4, 17 on October 6 and seven on Friday by the rescue team. 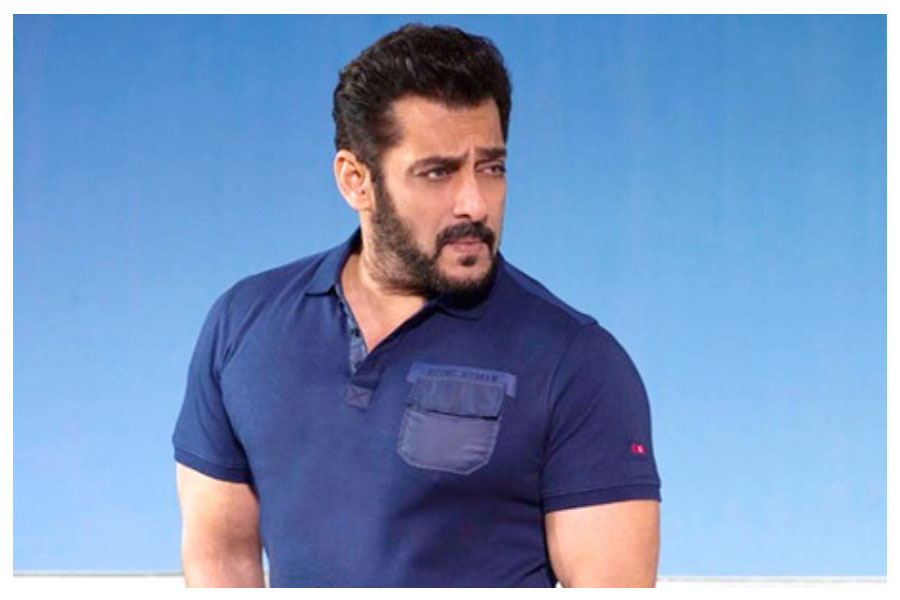 The Special Cell of the Delhi Police has apprehended two key members of an international terror module, including a juvenile, who were wanted in a number of terror cases — the RPG attack incident at the Intelligence Headquarters in Punjab’s Mohali, plotting to kill Bollywood actor Salman Khan & others.

The official said the juvenile was also wanted in the murder of a builder, Sanjay Biyani, which took place on April 5 in Nanded city of Maharashtra, and in the murder of gangster Rana Kandowalia, outside a private hospital in Amritsar on August 4.

“The apprehended JCL has also disclosed the task given to him along with absconding Deepak Surakhpur and Monu Dagar (in jail) by Lawrence Bishnoi regarding the elimination of film actor Salman Khan. While the JCL was being handled by Rinda, Arshdeep was being handled by Landa Harike,” the official said.

How they were caught

Dhaliwal said that they had been working to nab the culprits for a long time. They identified people who were providing logistics support to the accused. Finally, both the accused, Arshdeep and the juvenile, were arrested from Jamnagar in Gujarat.

On May 9, a rocket-propelled grenade was fired at Punjab Police’s Intelligence Headquarters in Mohali. During the course of the investigation, it was established that the attack was a conspiracy of Babbar Khalsa International (BKI), backed by Pakistan’s Inter-Services Intelligence (ISI) and local gangsters.

The juvenile held by the Special Cell was also involved in the conspiracy. The police has learnt that the attack was conspired by gangster turned ISI stooge Harvinder Singh alias Rinda.

Another fugitive gangster, Lakhbir Singh Landa had joined hands with Harvinder Singh alias Rinda. They were sharing manpower, logistics and resources. Rinda’s name had already cropped up in the grenade attack at the Crime Investigation Agency (CIA) office in Nawanshahr and in the arrest of four suspected Pakistan-linked terrorists in Haryana’s Karnal earlier this year.

The official said that the juvenile was involved in the conspiracy along with other accused to carry out an attack on Salman Khan. They couldn’t conduct a recce due to some reasons. Later, the juvenile was asked to kill Rana Kandowalia, a businessman. 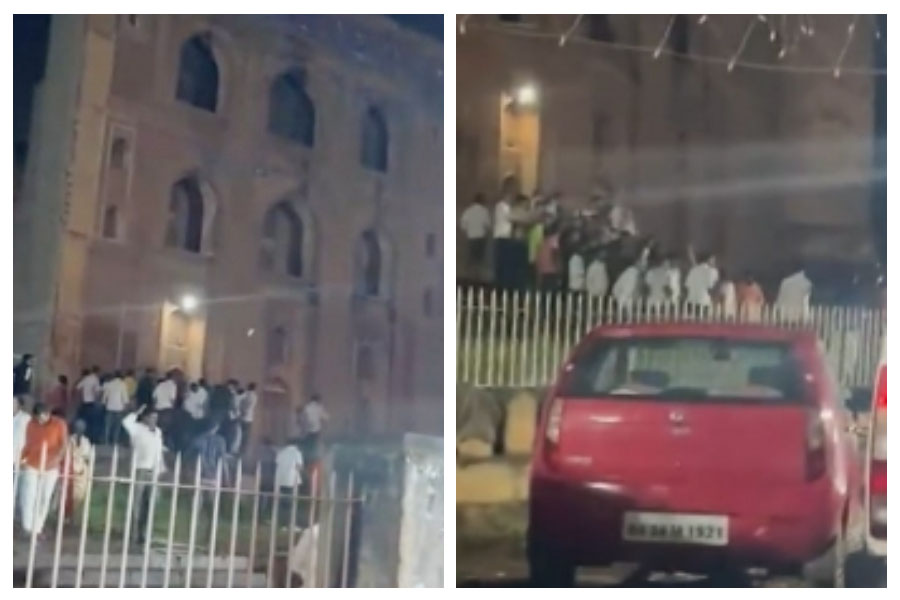 Karnataka police on Friday arrested four persons in connection with the incident of Hindu activists barging inside the historical Mahmud Gawan madrasa in Bidar city and performing puja.

The Muslim organisations, which had earlier called for a protest after Friday prayers condemning police inaction, have called off the protest following the arrests.

Of the nine accused named in the FIR, Munna, Naresh, Yallalinga and Prakash have been arrested. However, the Karnataka police is on a high alert in Bidar district and security around the Mahmud Gawan madrasa and Masjid has been tightened.

Photos and videos of the incident have gone viral on social media.

According to police, a group of Hindu activists who participated in the Dussehra procession in Bidar, barged inside the premises of the historical Mahmud Gawan madrasa on Wednesday night.

Considered as a heritage building, the madrasa is maintained by the Archaeological Survey of India. It was built in AD 1460 and features among the important monuments in India.

While breaking inside the protected monument by breaking open locks, the activists raised “Jai Sri Ram” and “Jai Hindu Rashtra” slogans and conducted worship according to Hindu rituals at one of the corners of the building, police said.

The photos and video show a big group standing on the steps of the monument. The police have lodged nine cases in connection with the incident.

Protesting against the incidents, the Muslim organisations demanded action against the accused and had warned of a huge protest after Friday prayers.

Condemning the incident, AIMIM leader Asaduddin Owaisi said that extremists broke the gate lock and attempted to desecrate historic Mahmud Gawan masjid and mosque. Addressing Chief Minister Basavaraj Bommai and Bidar police, he asked, “How can you allow this to happen? BJP is promoting such activity only to demean Muslims,” he alleged.

A manhunt has been launched for the other accused.